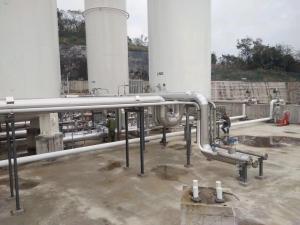 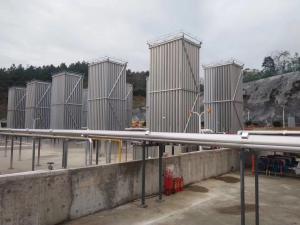 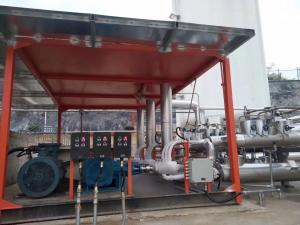 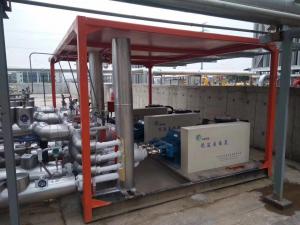 Liquefied natural gas (LNG) is natural gas (predominantly methane, CH4, with some mixture of ethane C2H6) that has been cooled down to liquid form for ease and safety of non-pressurized storage or transport. It takes up about 1/600th the volume of natural gas in the gaseous state (at standard conditions for temperature and pressure). It is odorless, colorless, non-toxic and non-corrosive. Hazards include flammability after vaporization into a gaseous state, freezing and asphyxia. The liquefaction process involves removal of certain components, such as dust, acid gases, helium, water, and heavy hydrocarbons, which could cause difficulty downstream. The natural gas is then condensed into a liquid at close to atmospheric pressure by cooling it to approximately −162 °C (−260 °F); maximum transport pressure is set at around 25 kPa (4 psi).

A typical LNG process. The gas is first extracted and transported to a processing plant where it is purified by removing any condensates such as water, oil, mud, as well as other gases such as CO2 and H2S. An LNG process train will also typically be designed to remove trace amounts of mercury from the gas stream to prevent mercury amalgamizing with aluminium in the cryogenic heat exchangers. The gas is then cooled down in stages until it is liquefied. LNG is finally stored in storage tanks and can be loaded and shipped.

Natural gas is mainly converted to LNG for transport over the seas where laying pipelines is not feasible technically and economically. LNG achieves a higher reduction in volume than compressed natural gas(CNG) so that the (volumetric) energy density of LNG is 2.4 times greater than that of CNG (at 250 bar) or 60 percent that of diesel fuel.[2] This makes LNG cost efficient in marine transport over long distances. However, CNG carrier ships can be used economically up to medium distances in marine transport.[3]Specially designed cryogenic sea vessels (LNG carriers) or cryogenic road tankers are used for LNG transport. LNG is principally used for transporting natural gas to markets, where it is regasified and distributed as pipeline natural gas. It can be used in natural gas vehicles, although it is more common to design vehicles to use CNG. LNG's relatively high cost of production and the need to store it in expensive cryogenic tanks have hindered widespread commercial use. Despite these drawbacks, on energy basis LNG production is expected to hit 10% of the global crude production by 2020

The natural gas fed into the LNG plant will be treated to remove water, hydrogen sulfide, carbon dioxide and other components that will freeze (e.g., benzene) under the low temperatures needed for storage or be destructive to the liquefaction facility. LNG typically contains more than 90 percent methane. It also contains small amounts of ethane, propane, butane, some heavier alkanes, and nitrogen. The purification process can be designed to give almost 100 percent methane. One of the risks of LNG is a rapid phase transition explosion (RPT), which occurs when cold LNG comes into contact with water.The most important infrastructure needed for LNG production and transportation is an LNG plant consisting of one or more LNG trains, each of which is an independent unit for gas liquefaction. The largest LNG train in operation is in Qatar, with a total production capacity of 7.8 million tonnes per annum (MTPA). These facilities recently reached a safety milestone, completing 12 years of operations on its offshore facilities without a Lost Time Incident.The Qatar operation overtook the Train 4 of Atlantic LNG in Trinidad and Tobago with a production capacity of 5.2 MTPA, followed by the SEGAS LNGplant in Egypt with a capacity of 5 MTPA. In July 2014, Atlantic LNG celebrated its 3000th cargo of LNG at the company’s liquefaction facility in Trinidad. The Qatargas II plant has a production capacity of 7.8 MTPA for each of its two trains. LNG sourced from Qatargas II will be supplied to Kuwait, following the signing of an agreement in May 2014 between Qatar Liquefied Gas Company and Kuwait Petroleum Corp. LNG is loaded onto ships and delivered to a regasification terminal, where the LNG is allowed to expand and reconvert into gas. Regasification terminals are usually connected to a storage and pipeline distribution network to distribute natural gas to local distribution companies (LDCs) or independent power plants (IPPs) 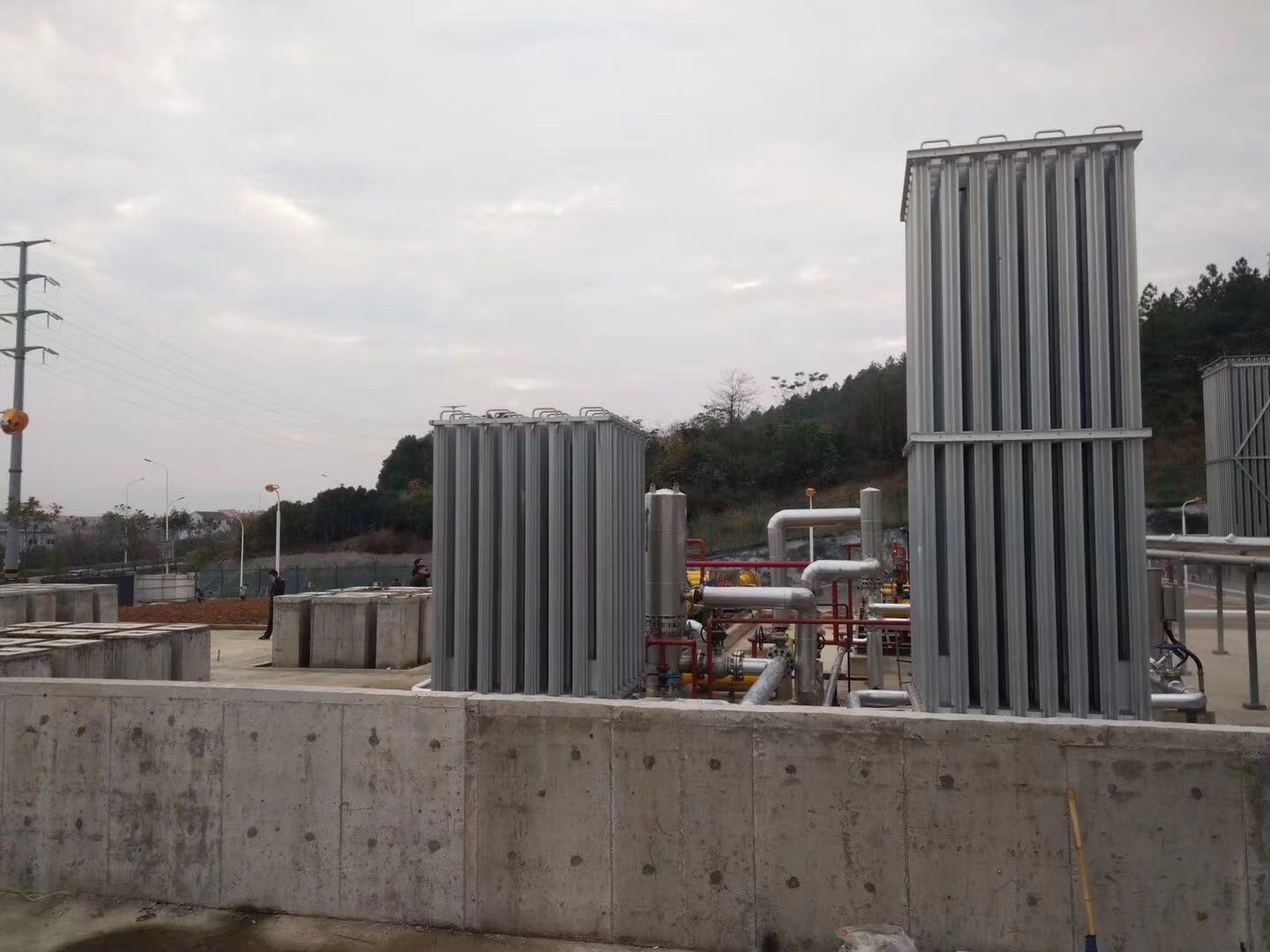